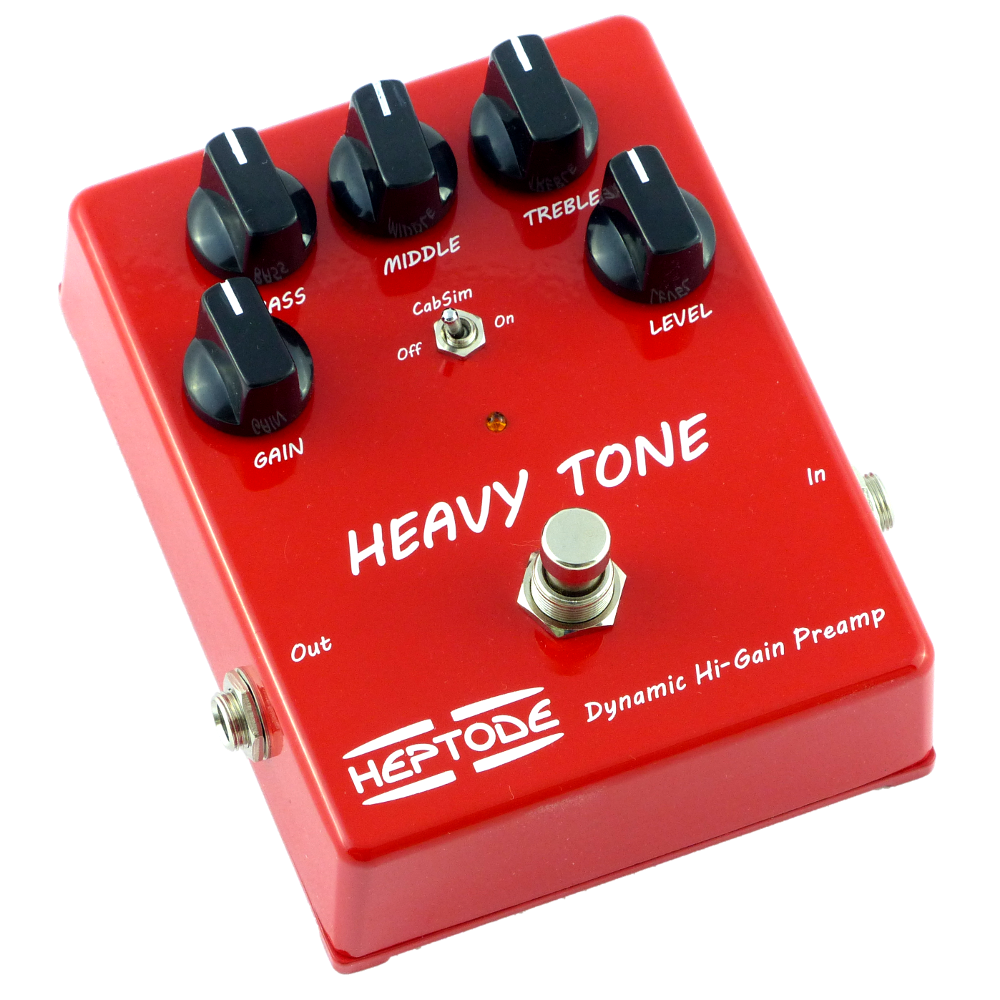 The HEAVY TONE is inspired by the famous Soldano SLO-100* Overdrive channel, has this typical High Gain sound that was found in the 80’s tube  preamps.
Based on an innovative fully analog technology, the HEAVY TONE emulates the warm sound of tubes and preserves their dynamic characteristics.

"I first started using the Heptode Heavy Tone high gain preamp pedal in my home studio for a quick and easy distortion sound on some arranging demos I was doing for my new CD. But I got so attached to its direct sound with the cabinet simulator that I brought it into the big studio and used it with a few of my mic-ed amps.
It's fast becoming one of my most useful pedals at home and in the studio."

The HEAVY TONE can be used: